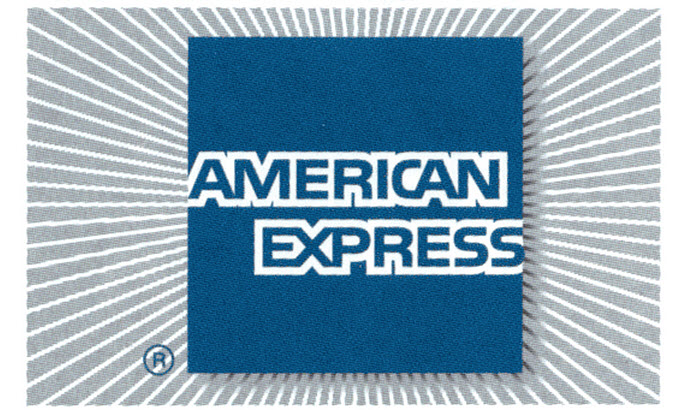 The company has its own proprietary transaction network, that not only serves Amex products but also cards issued by Global Service Network partners such as Lloyds Bank and Barclays Bank.

The American Express Company is a publicly company traded as AXP on the New York Stock Exchange. The company is headquarter in Three World Financial Center in New York City, USA.

Until 2004, Visa and MasterCard rules prohibited their issuers in the United States from issuing American Express cards. After antitrust litigation by the U.S. Department of Justice, these rules are no longer in effect. Examples of financial institutions in the U.S. that are now issuing American Express cards as a result of this are Bank of America, Citibank, HSBC Bank USA and United Services Automobile Association (USAA).

Generally speaking, American Express card are accepted by fewer merchants than Visa cards and MasterCard cards. This is especially true outside the United States.

While credit cards are revolving credit instruments that do not need to be paid in full every month, while the holder of a charge card is obligated to repay the debt to the card issuer in full by the due date (typically on a monthly basis). Unlike credit cards, charge cards are usually issued without spending limits or with very lofty spending limits.

It should be noted that some American Express charge cards nowadays allow extended payment options on qualifying charges based on credit availability.

The annual fee for an American Express charge card varies from zero to over two thousand dollars. 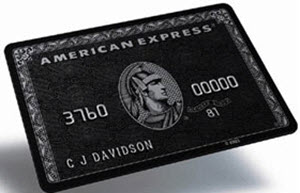 Examples of American Express credit cards are Blue, Clear and One. Blue, which as no annual fee, was originally intended as a card for young adults in the U.S. It has a rewards program and a multi-functional onboard smart chip. Blue Cash is a cashback reward version of the original Blue. Clear is a credit card without fees, launched in 2005. One is a credit card with a “savings accelerator plan”. This plan contributes 1% of eligible purchases into a high-yield savings account insured by the Federal Deposit Insurance Corporation. 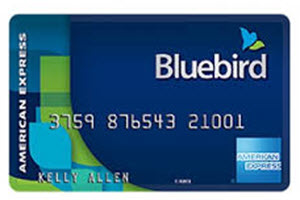 In 2012, American Express and Walmart launched the Bluebird prepaid debit card. Unlike most other prepaid debit cards, Bluebird accounts are insured by the Federal Deposit Insurance Corporation. Bluebird has check writing capabilities, and a holder can elect to have government payments, such as social security checks and military pay, deposited directly into the holder’s Bluebird account. Despite having low fees, Bluebird comes with some of the benefits of more traditional American Express cards, e.g. roadside assistance and identity theft protection.

ExpressPay (a payment system based on RFID)

ExpressPay is a contactless payment system based in wireless RFID. It was launched by American Express in 2005, and is similar to Visa’s PayWave and MasterCards Contactless (PayPass).

With ExpressPay, there is no need to swipe a card or insert it into a chip reader. Simply holding the card near an ExpressPay receiver is enough. No PIN is entered.

A new mobile wallet feature is incorporated into Apple’s new iPhone models that makes it easier for the holder to use their American Express card as well as other credit cards.

American Express is the largest provider of corporate cards in the United States, and they also have special programs to help small and mid-sized businesses manage their expenses.

The American Express Corporate Card is offered in over 40 countries worldwide. A long row of complementary products are available, such as the Business Travel Account and the Corporate Purchasing Card.

The American Express Plum Card is a charge card issued by American Express’ OPEN small business division. The Plum Card can give you a 1.5% early pay discount if you pay within ten days of the statement closing date, provided that at least $5 000 was spent during the billing period. There is also a defer payment option that allows you to pay 10% of the new balance by the first please-pay-by date and revolve the remaining balance until the next please-pay-by date.

In 1882, American Express launched a money order business – their first foray into the area of financial services. They were now competing the with money orders service carried out by the United States Post Office.

In 1891, the American Express Traveler’s Cheque was launched, after J.C. Fargo had been annoyed by the difficulty in obtaining cash (from this bank letters of credit) outside the main cities during a trip to Europe.

By 1903, the American Express company had assets worth roughly $28 millions, making them the second largest financial institution in New York City – only the National City Bank of New York had assets worth more than this.

On October 1, 1958 American Express launched 250,000 charge cards. The annual fee was $6, which was $1 more than its main competitor – the Diner Club charge card. The first cards were paper cards, but by 1959 American Express was sending out embossed plastic cards.

Today, Optima cards are still in use, but no more cards are issued. The market niche once filled by Optima is instead the territory of American Express Blue.

During the financial crisis of 2008, the American Express Company converted to bank holding company, making it eligible for government help under the Troubled Asset Relief Program (TARP). In July 2009, the company ended their obligations under TARP by buying back $340 million in Treasury warrants.